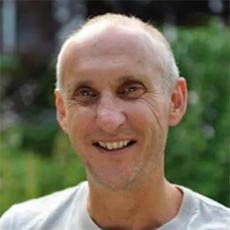 James grew up in the UK and has Master’s degrees from Cambridge University and University of Surrey. He has travelled extensively and lived on 4 different continents. He attended his first ‘group’ when he was 17 years old and since then self-development and spirituality have been central to his path through life.

He is a co-founder of Quinx, an international facilitation and consultancy company and has worked extensively in both Europe and USA. He has also co-founded two very different projects called Organization of the Future and Silence for Peace.

Whether working in-company or in open workshops, transformational learning remains at the core: waking up and growing up. He is passionate and optimistic about the call for a cultural evolution that mirrors the intensive technological evolution of recent years.

In the last few years, he has turned to writing and speaking, especially on the subject of pleasure and fulfillment. He also now has his own podcast and meditation series called Spirituality for Today. His book the Discipline of Pleasure has recently been published, both in English and Dutch.